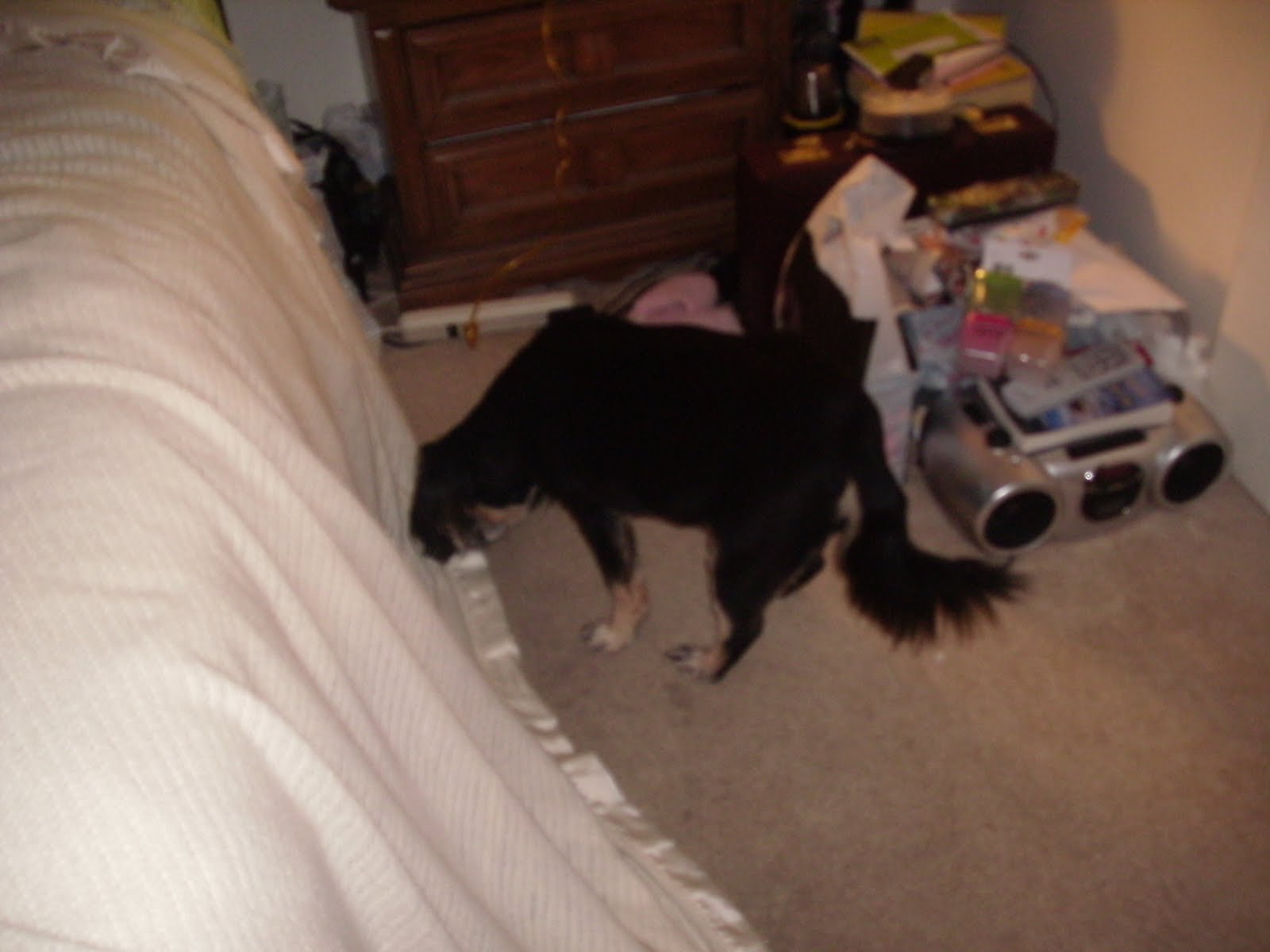 Hi, everybody. My name is Keisha. I'm the little dog who lives at the Rainbow Bridge. Thank u for reading my blog.  :)

My hoomin friend D.R. is still working at her job. She said it is tough, but she will stay there as long as she can. :)

D.R. joined a new club for hoomins who like books. She went there, and the nice hoomins talked about stuff to read. D.R. is reading a mystery book for next time.

D.R. went to the fair at her church last week. It was fun! They had rides and games. D.R. played skee ball. She didn't win, but it was fun. :)

In Heaven today, my friends and I are going camping! We will toast marshmallows and tell stories and everything. :) I hope u have a fun week too. I see u later! Thanks. {{{Luv}}} 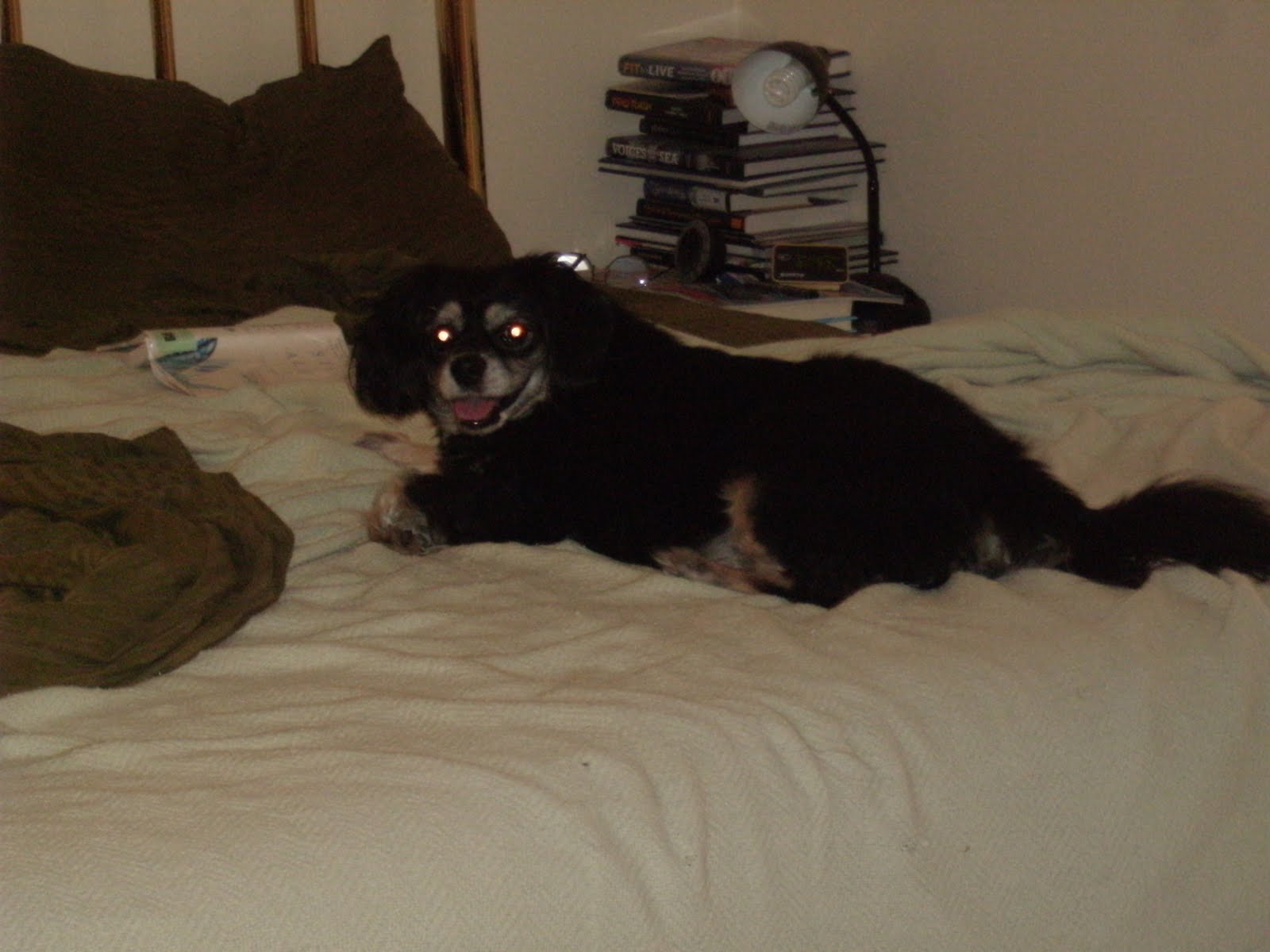 Hello! My name is Keisha. I am a little dog who lives at the Rainbow Bridge. Thank u for reading my blog.  :)

My hoomin friend D.R. got a new job! With green papers! :) She worked her first day today. It is in a town called Tarpon Springs, about half an hour away. The company is called Trifecta. They distribute medical equipment. D.R. works in Customer Service. She is a little nervous, but I will send her some Happy, so she will be okay. :) (wags tail)

Also, on the tee vee, there is the Westminster Dog Show. They have lots of pretty dogs! It is fun to see them run in a circle and meet the judges. :)

In Heaven today, we are going sledding, and then we are going to stop at the ski lodge, to drink warm drinks and tell stories. It will be lots of fun! :) 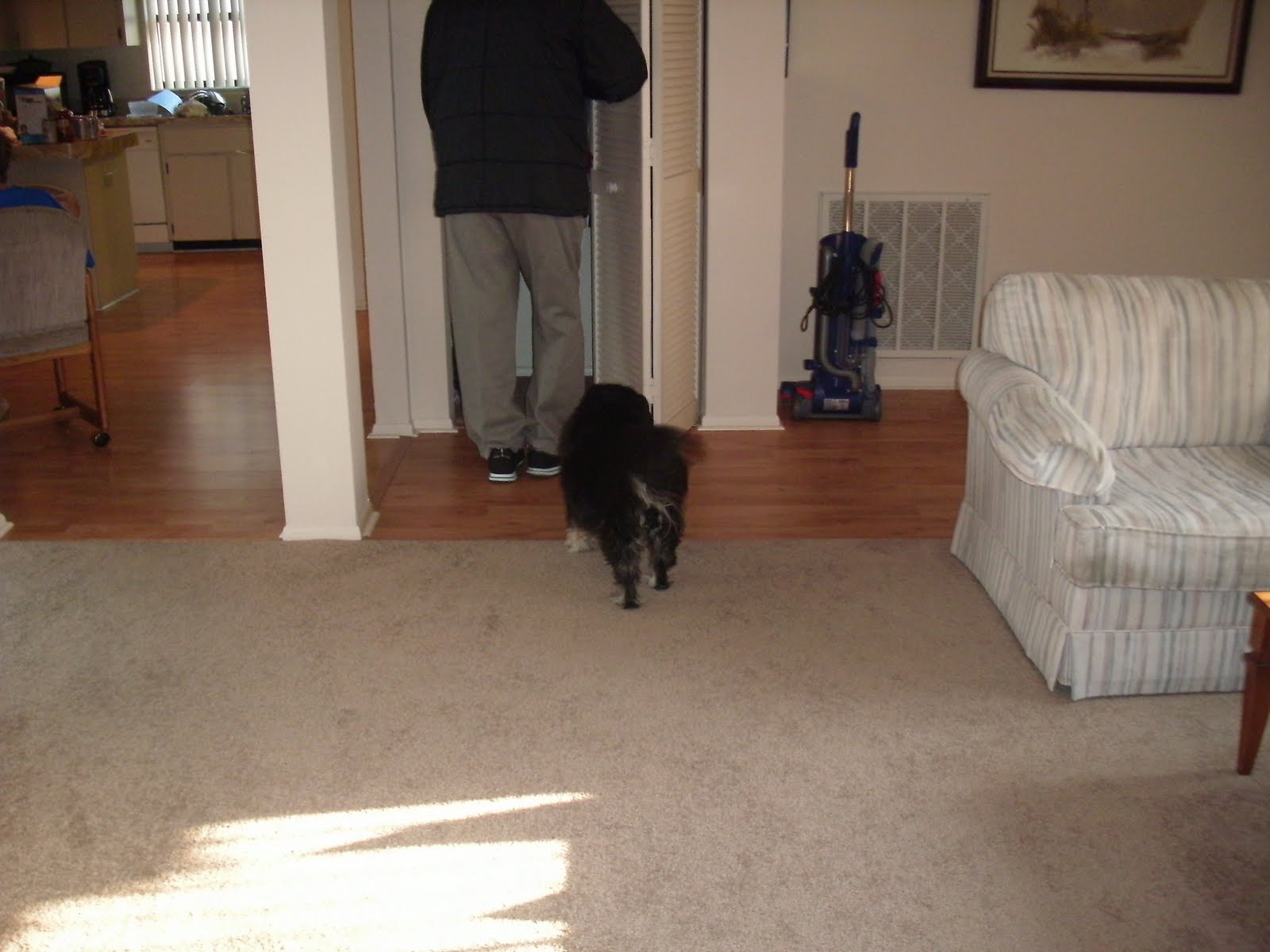 Hi, I'm Keisha! I am a little dog who lives at the Rainbow Bridge. Thank u for reading mah blog. :)

My hoomin friend D.R. went to the rescue place, Tampa Bay Cat Alliance, and she helped clean out the litter boxes. The kittehs would come up and sniff her and stuff. It was cute! D.R. likes to help there. :)

Also, D.R. went to the tacks place called H and R Block. They helped her do all the forms for the government. That means D.R. will get a check for a refund of some of the green papers she paid. That is good!  :)

Here is a link to the kitteh rescue: 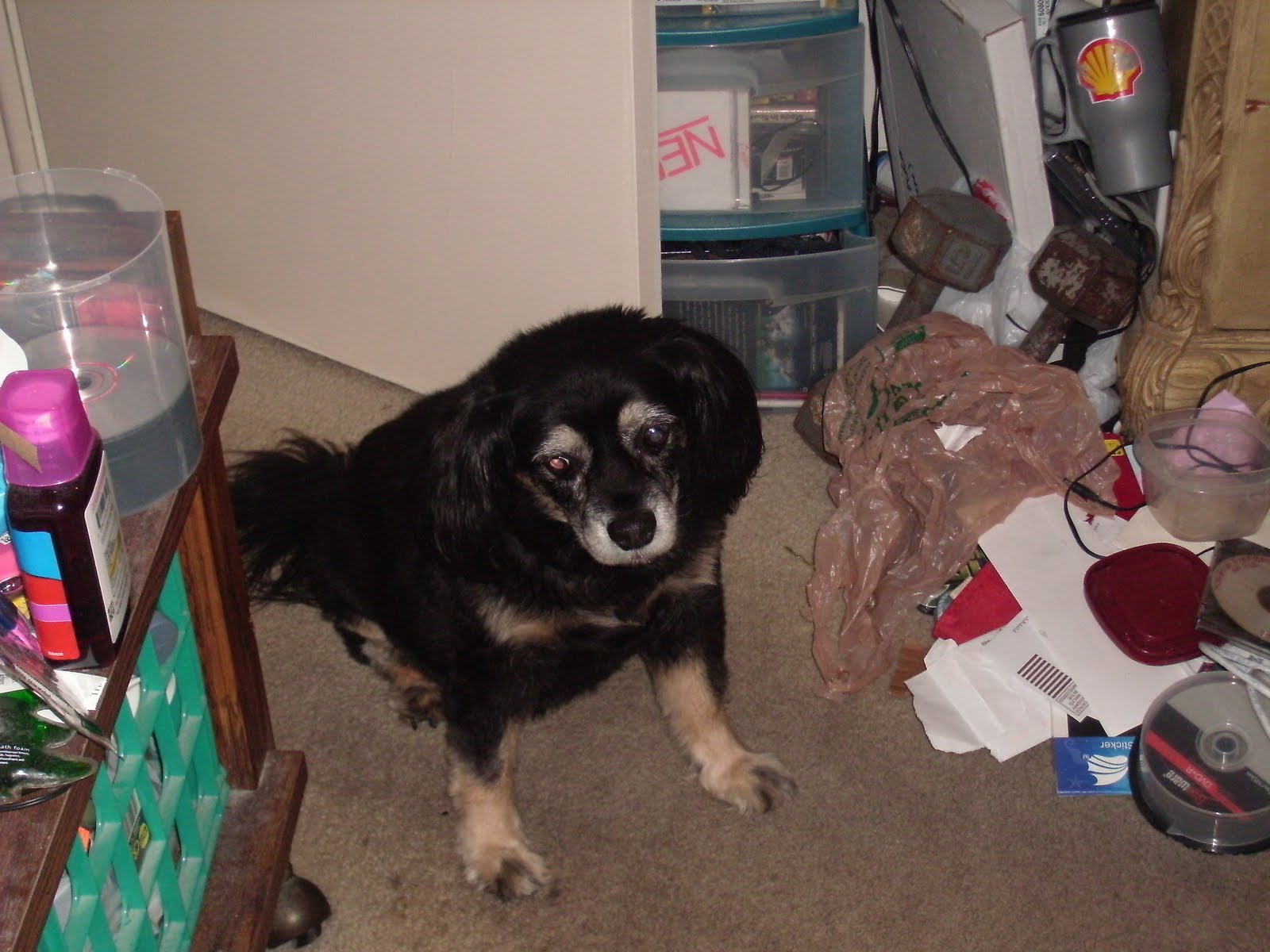 Hello, everyone. I am Keisha, the little dog who lives at the Rainbow Bridge. Thank u for reading my blog. :)

My hoomin friend D.R. went to two innervoos last week! She was nervous. I bet she will get a job soon. :)

D.R. was also a bit skeered, because she has to do her tackses. She is going on Monday to the office of a nice lady who will help her.

D.R. is reading a lot of books. She likes to go to the liberry. Her favorite books are mysteries, fantasy and books about pets. :) She is reading "Little Boy Blue," by Kim Kavin. It is about a rescue dog! :)

Today in Heaven, we are going to have a big pancake dinner. I will get lots of syrup and butter, plus bacon!  :) I hope everyone has a nice week too. Thank u.  {{{Luv}}}

O hai! My name is Keisha. I'm a little dog who lives at the Rainbow Bridge. :) Thank u for reading this blog.

In the picture, u can see a kitteh. My hoomin friend D.R. went to volunteer at a place called Tampa Bay Cat Alliance. It is the second time she has helped there in the past two weeks. D.R. helped sweep the cat pens for an hour. D.R. said some of the kittehs tried to steal her towel, and another stood on its back paws and tapped D.R.'s leg. It didn't hurt, it was funny. :) D.R. likes the place a lot.

D.R. had an innervoo tonight! She went to a dentist's office in a town called Palm Harbor, and she interviewed with some very nice people who work there. They said they may call her for a second interview if they are interested. :) Also, D.R. has an innervoo tomorrow morning, with a company that makes woodworking products. It is in a town called Oldsmar, which is a little further away, but not too far. D.R. is a little nervous. She said she is going to read a lot and watch tee vee, and hopefully she will get some sleep tonight. :)

In Heaven today, we are going to have milkshakes, and then play shuffleboard. I like that game! It is easy. I hope I win. :) I hope everybody has a nice week too. Thank u! {{{Luv}}}
Posted by Unknown at 7:53 PM 14 comments: