My hooman friend was sick :( but now she's better :) 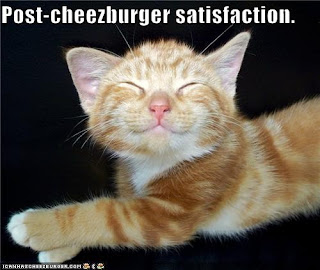 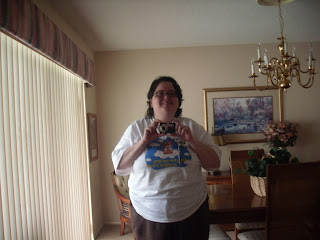 
Today was kind of Sad for a little while. Things got better later on, but I was scaird in the morning. Here is why.


My hooman friend, D.R., takes medicine to help her feel better. A few days ago, she ran out. She looked in her desk and saw a bottle of the noo stuff. But, the bottle had a date on it, and it was too late to use it. The medicine expired! So D.R. had to use other medicine instead. In the U.S.A., where we live, everyone had a day off on Monday, and the doctor could not see D.R. to give her a new note for the medicine until Toosdey.


D.R. was feelin a little sick, but not so bad, until Sunday. Then she started to get more bad. By Monday night, she was feelin really pleh! :( She tried to eat some food, but she troo up. :( Finally it was Toosdey, and she went to the pharmacy. They told her she needed to please ask her doctor for a new paskipshun note. A paskipshun means that the drugstore can give u medicine because the doctor says so. D.R. drove to her doctor's office, and asked to see her. The doctor spoke to her for a few minutes. The best thing, other than the visit, was that there was a cat there! Yes, it is true! There was a kitteh cat in the office! :) :) :) D.R. heard meowing and when she sat on the doctor's couch, there was a kitten on the other end of the couch. It went to scratch D.R.'s back. This is really troo! :) After that, the kitten moved over and sleeped on the cushion a couple feet over from D.R. Then, the doctor said D.R. could go, and D.R. took her new note, and went to the drugstore place. D.R. was very happy now.


D.R. got to the drugstore and gave the very nice people her noo note. They used it and gived D.R. a nice clean noo bottle of stuff. D.R. can take this every day, and it makes her feel much much better. :) D.R. was very happy, and went home to take her medicine and rest. She did! :) When she waked up from her nap, she had a little macaroni, and gived me a tiny bit of the noodles. :) She petted me a lot. D.R. was so glad to see her Mom and Dad, and me, she was just smilin and huggin everyone. D.R wanted everyone to know how happy she was to not be sick anymore. :) :) :)


(The piksher of a kitteh is not the same kitteh from the doctor's office. It kinda looks like him, a little. The piksher of the hooman is my friend, D.R. She taked a piksher of herself in front of a giant mirror. Thank u.)

What skhary times but we are glad to see she's feeling better now!

Thank u, Khyra. :) I am very happy my hooman friend is feelin good. Now she can pet me and be with me and her Mom and Dad. It is good to be with friends, and I like to watch teevee with my hoomans in the evening sometimes. :)

Glad to know you're hooman friend is feeling better!

Sure D.R. had a scary time!
Glad to know she is feeling better now!
Take care
Kisses and hugs
Lorenza

Thank u, Thor. :) I am glad my hooman friend is okay, because now she can watch teevee with me, and rub my tummy. :)

I'm glad D.R. is feeling better now. My Mommeh says she would love to go to a doctor with a cat there!

Thank u, Daisy. :) D.R. said she is glad they have a kitteh doctor. Hooman doctor + kitteh doctor= extra better! :)

Hi Keisha! We are so glad that your friend D.R. is ok now! We know you will sit by her and snuggle with her so she feels even better, but we are so glad she has her medicine now!!

Thank u, Amy and Cats. :) I am glad D.R. was able to get her med-o-cin and come home. If I had to go to the hospital, I would always be bugging Dad to get me cookies while we sat in the waiting room. :) So I'm really glad D.R.'s safe at home. Yay! :)

We're purring really loud for your mummy, we hope she stays well!

Thank u, Inigo and d'Artagnan. I think your purrs worked really well! My hooman friend is feeling much better. :)